The opening ceremony will feature a Red Carpet event with VIP Photoshoot and meet-and-greet Helping us kick off the festival, will be esteemed guests from embassies, and cultural and other organizations. There will be brief introductions of the featured artists, filmmakers, community leaders, entrepreneurs, and other special guests who will be there to support the festival.

Directed by Binod Paudel, the film that is much awaited here in the US among the Nepali community, BulBul is the opening film this year.  Premiered earlier this year in Nepal, the film has been praised by the critics for it’s unique, simple but effective storytelling. After the screening, Director Binod Poudel, and producer Abiral Thapa will be present for the Q&A.

There will be screenings of the festival films on the second and the third day – June 29 and 30. Films from Nepal, America, Asia, South Asia and all over the world, will be screened. Films from the Global Peace Film Festival Florida are also screened in the Special Sidebar Section. Additionally, films from the Washington DC, Maryland, and Virginia are screened as DMV Close-up Section.

Panel discussion revives the culture of conversation, offering audiences the opportunity to engage with an array of filmmakers and artists in an informal dialogue over coffee and treats. The festival this year will feature a panel discussion sessions in collaboration with The Maryland-National Capital Park and Planning Commission. These discussion sessions will be free to attend, but prior confirmation will be required.

The film festival will close with Red Carpet event, Closing and Award Ceremony, and Screening of Closing Film Katha’72, directed by Prabin Syangbo. Films selected by juries will be awarded and the participating films will be recognized in the closing ceremony. Certificates and recognition will be awarded to all the volunteers and supporters. 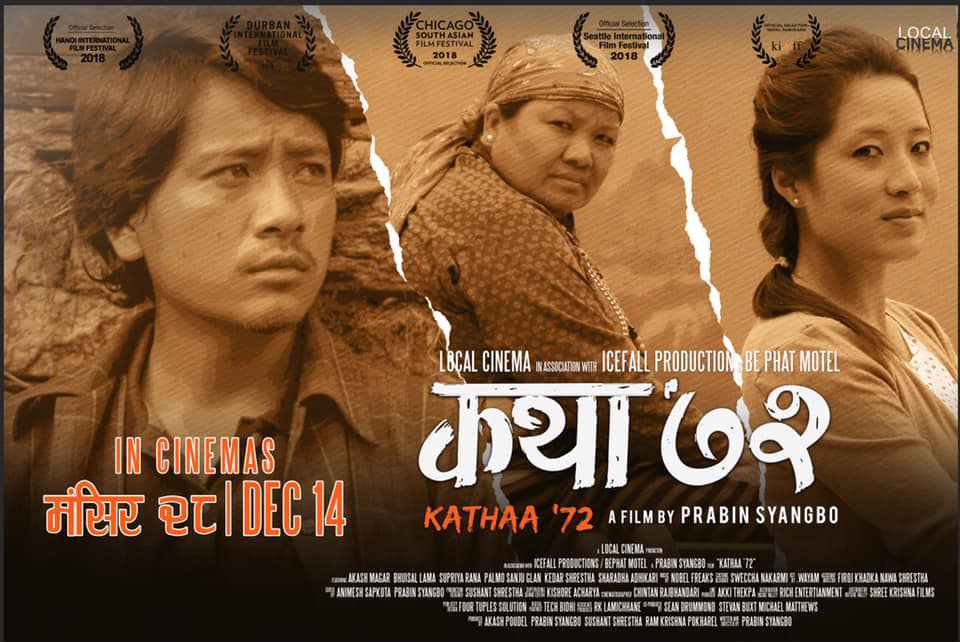