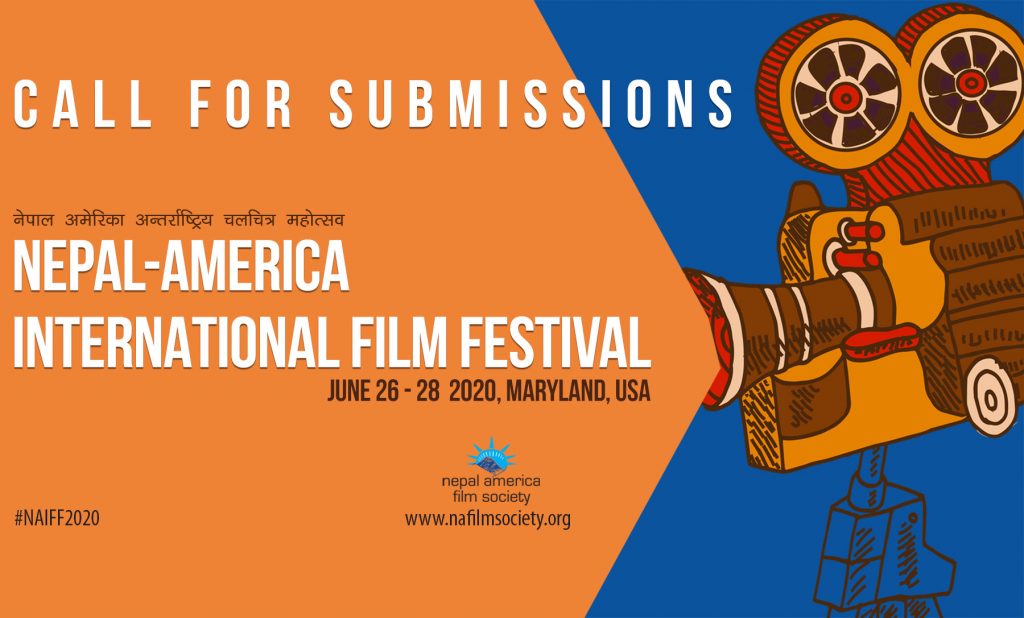 After three successful years, Nepal America Film Society announces the 4th Nepal America Film Festival — NAIFF 2020, to be organized from June 26 to 28, in Maryland, USA. Submissions are now open for all genres of films — features, documentaries, animations, experimental and shorts, from across the globe.

The festival showcases all genres of films including feature lengths, documentaries, animations, experimental and shorts from Nepal, America, and all around the world. Films from the Global Peace Film Festival Florida are also screened in the Special Sidebar Section. Additionally, films from the Washington DC, Maryland, and Virginia are screened as DMV Close-up Section.

NAIFF aims to bring together people from diverse cultures through the art of cinema. Since 2017 the Film Festival has built a unique reputation as an emerging platform for filmmakers with Nepali background along with American filmmakers and filmmakers from the international diaspora.